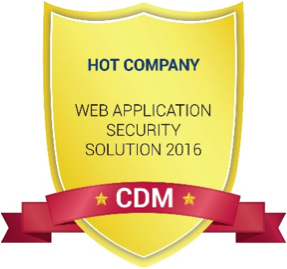 As you may well know, Cloudbric detection technology is based on WAPPLES, the hardware based Web Application Firewall (WAF) product by Penta Security. WAPPLES is known as an intelligent WAF that specializes in minimizing four types of web risks—web hacking, data leakage, malicious access and web defacement.

Penta Security was recently honored as the Hot Company in Web Application Security for 2016 by Cyber Defense Magazine. This is an official recognition from the industry’s leading electronic information security magazine and official media partner of the RSA® Conference 2016.

Penta Security’s WAPPLES serves more than 3,000 customers and is the number one WAF vendor in the Asia Pacific (APAC) region based on market share. WAPPLES is regarded as one of the most accurate WAFs in the industry. Powered by its patented Logic Based Analysis Engine, WAPPLES is able to intelligently detect and filter web attacks at a higher accuracy rate with lower false positives than other industry competitors. It logically analyzes the web traffic and heuristically learns from the statistical data to ensure that only malicious web attack attempts are filtered out. This enables WAPPLES, as well as Cloudbric, to be able to protect against modified and unknown web attacks.

“We’re thrilled to recognize next-generation innovation in the information security marketplace and that’s why Penta Security has earned this award from Cyber Defense Magazine. Some of the best INFOSEC defenses come from these kinds of forward thinking players who think outside of the box,” said Pierluigi Paganini, Editor-in-Chief, Cyber Defense Magazine.