Cloudbric ADDoS blocks not only various DDoS attacks on the transport & network layer but also evolving DDoS
attacks on the application layer (Layer 7) with 50+ edge locations.

Cloudbric, the No.1 Cybersecurity service vendor in the APAC region, provides Advanced DDoS protection specialized
against DDoS attacks on not only Layer 3,4 but also Layer 7 (application layer).

DDoS attacks are growing more sophisticated and complex every year, yet existing
measures are not keeping up to pace. Since L7(Application Layer) Attacks are more
elaborate and difficult to block than L3,4 attacks, The number of DDoS attacks on
L7 has been significantly increasing. However, most CDN companies that provide
DDoS mitigation services cannot detect & block application-layer attacks well.

Layer 3,4 attacks rely on massive high volumes of data to slow or crash web servers
down. The characteristic of layer 3,4 attacks is that it does not require TCP. TCP is
usually used in conjunction with IP to maintain the connection between the sender
and the target. When the target server is under the stack, large amounts of junk data
usually overwhelm the target’s resources making the target crash.
The most common DDoS attacks on Layer 3,4 are ICMP, SYN, UDP floods, and so on.

The application layer refers to the human-computer interaction layer where
applications can access network services. Such an attack is usually done through an
HTTP flood: similar to refreshing a web browser repeatedly on many devices at once.
Many requests flood the target’s server, resulting in denial-of-service. Since the
malicious traffic is hard to differentiate from legitimate traffic, layer 7 attacks are hard
to defend against.

With the worldwide edge and global Anycast, it provides not only DDoS mitigation but also high-speed throughput and
outstanding network capacity.

Cloudbric ADDoS leverages decentralized edge locations closest to the client, rather than the centralized cloud
infrastructure, to provide more effective and efficient defense against the latest DDoS attack patterns. 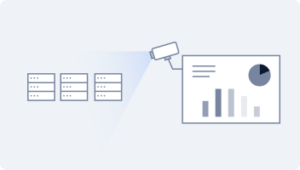 Cloudbric ADDoS is equipped with
logic-based intelligent WAF engine
that was voted as Asia Pacific’s
No.1 for application-layer attacks.

With edge locations and WAF
engine, it blocks not only L3, L4
DDoS attacks but also elaborate L7
attacks which are hard to detect
and block by CDN companies.

It can defend against large-scale
attacks up to 65 Tbps. 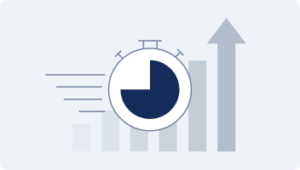 Cloudbric ADDoS responds to a full range of DDoS attacks, from frequent DDoS attacks to multi-vector attacks and
application attacks.