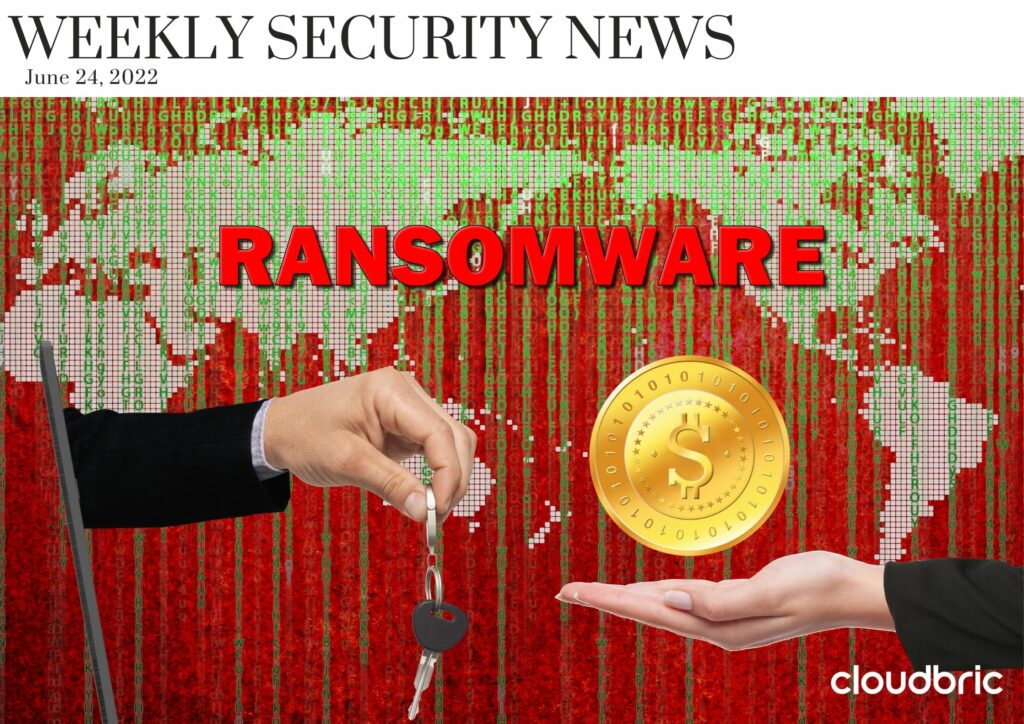 Education and research institutes are known as the primary targets of threat actors in cyberspace. According to the report in 2021 by Check Point Research, the sector experienced the most cyberattacks with an average of 1,605 attempts per week.
Microsoft posted details about BlackCat ransomware, also known as ALPHV, and this week an Italian university was also targeted by the BlackCat ransomware groups.

According to an Italian news site called Cyberssecurity360, the group asked for a ransom of $4.5 million by June 16 and they threatened to increase it to a $5 million ransom one day after the expected date.
The university did not release details on whether it paid the ransom on the required date.

2. Missile siren in Israel triggered by a cyberattack

According to Israel’s cybersecurity agency, the sirens of the missile attack in two cities in Israel sounded for about an hour, apparently triggered by a cyberattack.
The attack is believed to have started in Iran, and local authorities have called for greater defense against cyberattacks.

3. How businesses prepare for and ultimately prevent growing cyberattacks

Cyberattacks today are more frequent than ever and are a threat to all businesses. Organizations must be prepared for the worst to defend themselves against cyber threats. As previously mentioned, companies of all sizes are targeted, so the best way to succeed against cybercrime and data breaches is to be well prepared before it occurs.

In the news, many companies have demonstrated the importance of bolstering VPNs or implementing Zero Trust Access, and organizations can build strong cyber defenses by taking the following steps.

Cloudbric VPN is based on a high-performance cloud service that securely protects your personal information online by establishing an encrypted path between your devices and the Internet.