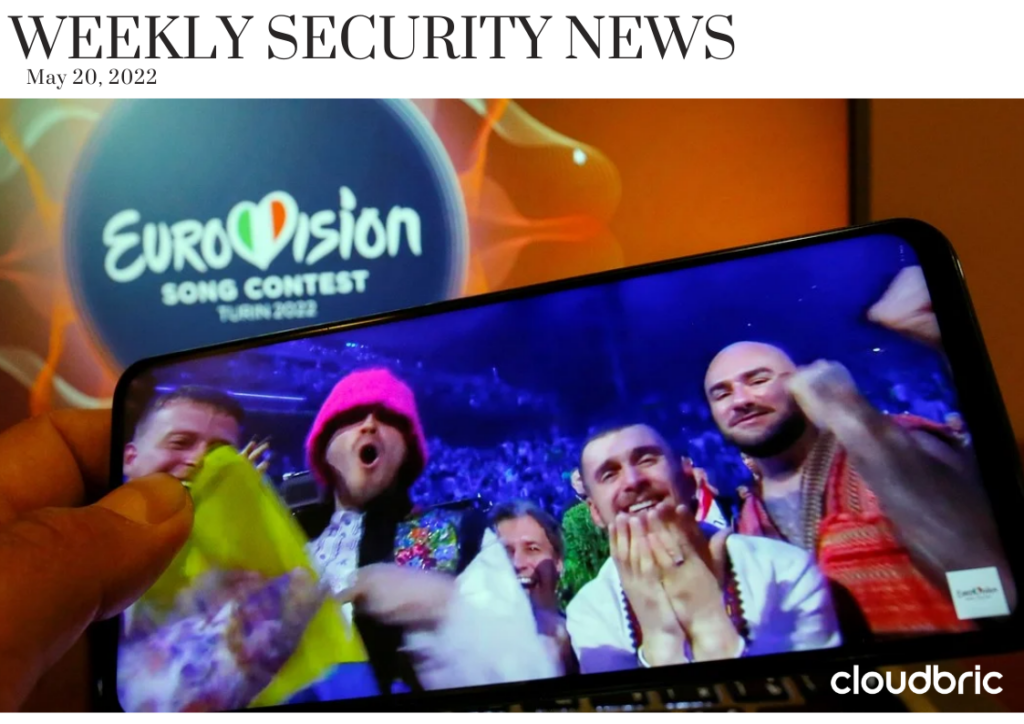 1. Hackers attempted a DDoS attack on the 2022 Eurovision Song Contest.

During the Eurovision Song Contest 2022 that was held in Italy this year, it announced that there was an attempt of a DDoS attack targeting network infrastructure, including the show itself. The Eurovision site went offline overseas after the cyberattack.

The Italian police said the DDoS attack was prevented in the semi final voting stages of the contest and announced the attack occurred from the notorious “Killnet” hacker group and its affiliate “Legion,” without providing details of the exact process of the attack involved.

An unprecedented cyberattack on Costa Rica’s federal government by a Russian-based ransomware gang has hit the tax and customs systems, affecting the country’s foreign trade.

A threat analyst said about the Russian hacking of Costa Rica’s government systems, “It could be the most serious ransomware attack that ever occurred.”, adding “The group has recently begun to shift its focus to international locations in Central and South America from the USA and Europe in retaliation for the nations that supported Ukraine.”

3. The importance of strengthening your cybersecurity

Many cybersecurity experts have warned that malicious actors around the world could launch cyberattacks, especially in the United States. Businesses often do not take simple steps to strengthen their defenses. Hackers are always trying to exploit vulnerabilities, and companies need to increase security as everyone can be targeted.

Cloudbric offers fully managed security primarily for businesses that lack experience in cybersecurity without their own security experts or those who can’t afford expensive IT security solutions.