There are many different types of cyberattacks. A distributed denial-of-service (DDoS) attack is one of them. When you experience a DDoS attack, your access to devices, systems, or network resources is restricted or disrupted.

At worst, it means you lose everything accessible through your computer and network. Not fun, right? To do it, malicious attackers flood your host server or network with internet traffic, causing your server to explode. 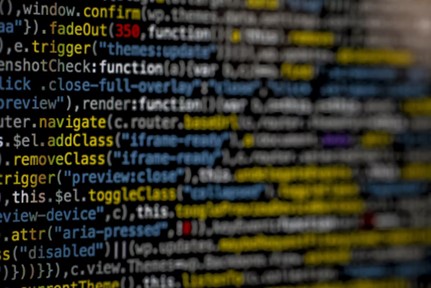 Damage depends on the scale of the attack, but it definitely entails additional effort, time, and money to address the issue. Cloudbric is one of the most potent cloud-based security platforms many companies are using worldwide to protect themselves from DDoS and other types of cyberattacks. It is a trusted and well-tested resource for increased cybersecurity and protection.

Netscape reported a 102% increase in DDoS attacks targeting schools, colleges, and universities in 2021. This placed education in the top four of the hardest-hit sectors.

As a result of DDoS attacks, schools, colleges, and universities experience a whole range of disruptions. They become unable to disseminate class schedules, student assignments, tutor instructions, etc. Attacks can also mess up the admission process and procedures. At times, entire operations come to a halt.

None of the above bodes well for the reputation of the affected institutions. They must be doing something about it, one would think. They must be using cloud-based security platforms and detection engines such as Cloudbric’s WAF+.

Still, what is it that makes them vulnerable to DDoS attacks?

Why Do Education Institutions Fall Victim To DDoS Attacks?

Many schools, colleges, and universities had been using computer-based teaching schemes, modules, and methods long before the pandemic hit the world. COVID-19 all but accelerated digital transformation in the education sector, as millions of students were forced to switch to remote or hybrid learning.

As it happens, things started to fall through the cracks. While solutions were found to avoid disruption in classes, many schools failed to protect their infrastructure with adequate and effective cybersecurity measures and systems. The mismatch exposed their vulnerabilities, which would often turn into an invitation for hackers to attack.

My next point is related to the above too. Some schools have become too easy of a target due to poor levels of security. Hackers started perceiving them as low-hanging fruit that was too simple and cheap to target as opposed to other, more sophisticated systems.
What’s more, hackers often find it easier to remain anonymous with vulnerable systems. The likelihood of anonymity is one of the main considerations hackers make when picking their targets.

Cybersecurity should be everybody’s business. It is not enough to have top-rated cybersecurity experts to take care of cyberattacks and their consequences. It takes all to eliminate, minimize, or mitigate DDoS attacks. Tutors, students, administrators – all. Not all education institutions are good at it though.

Education institutions that offer user-friendly cybersecurity training are more likely to pull it off. It takes people a while to themselves as responsible digital citizens. But it is definitely worth the effort. Schools with low levels of cybersecurity set themselves up for imminent DDoS attacks.

Understandably, committing to additional training might be a tall order for students who are usually busy with never-ending assignments and events. They often need assistance to come up with a professional essay writer to meet the academic requirements of their colleges. That’s why it is important for the school administrations to develop intuitive, easy-to-follow training modules or courses that people won’t dread.

While schools and their staff and student data are the obvious targets, DDoS hackers are not always after them only. There have been instances when they would aim to gain access to other government systems (e.g., the voting systems) through a school network.

In this sense, education institutions become conduits for accessing data while covering up the true targets. Hence, the problem goes beyond the school environment. The entire infrastructure would need to be cyber hardened to ensure protection for all.

Unfortunately, there have been cases when students would attack the servers of their own colleges. Motives differ. Some have done it to change grades, others have exacted revenge for allegedly unfair treatment, and some others have done it for money.

There’s an important psychological and age-related factor too. Hackers do not always pursue malicious purposes. Some do it for fun. The younger a student, the less likely they are to think of a cyberattack as an offense. To them, it is more of a fun competition rather than something intrinsically wrong or detrimental.

In today’s increasingly technology-dependent world, no one is immune to cyberattacks. The more sophisticated the gadgets and services become, the more adept hackers become at crushing the systems and tools we use. DDoS has become one of the most widespread forms of a cyberattack affecting a spectrum of entities, including education institutions.

Damage can be both painful and expensive to repair. While there are many reasons why education institutions are exposed to DDoS attacks, no one wants to keep running their computers and networks as sitting ducks waiting for imminent attacks. That’s why they can never get it wrong with Cloudbric-managed security platforms, systems, and tools.

E-mail: donald.fomby@gmail.com / Donald Fomby is a professional writer at TrustMyPaper. He is also a technology guru and a regular contributor to numerous online publications. Donald posts crisp and fact-based articles on writing services, technology news, and cybersecurity.