What Does Cloudbric Do Exactly? 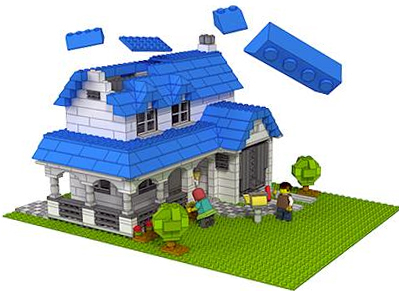 There are two types of risks in the world. One is obviously perceived as the “dangerous” risk where people are aware of the risk and talk about it. So to say, they make a big deal out of it. The other is what people think of as a “harmless” risk. People believe that it is unlikely to happen. The risk is often, however, not negligible. The latter cognitive approach may give rise to serious trouble. As you might assume, networks or internet connected computers all come with an inherent level of risk. Before, we dive into how risk is associated with computers, let’s take a look at what a computer network actually does.

The purpose of a computer communication network is to allow moving information from one point to another inside the network. A network consists of 7 layers. Among the 7 layers, layer 4 (transport layer) and layer 7 (application layer) are most important in terms of information security. Traditionally, security measures are taken to deal with and/or protect layer 4, which transforms packet signals into data and data into packet signals. People used to think that network security is all about server security. Yet, resources should be put around the web application layer by integrating a web application firewall.

Layer 7, however, is what’s gaining momentum in today’s security. The spread of web and Internet services led to the need for web security. Web is different for data transmission that occurs in layer 7. Conventional server security cannot protect against web attacks. Website protection means the web application firewall in layer 7. Think of it this way. Network security is the lock for a gate, the conventional way to protect your house. Website security is the lock of the front door, that can protect malicious visitors that got past the gate.

Going back to the point, Cloudbric is designed to offer users protection against web hacking, identity theft, website defacement and DDoS attacks. Even if websites have increased exponentially, the security measures have not taken place accordingly. Cloudbric protects data transmission in layer 7. Cloudbric monitors and detects threats for thousands of websites and is subjected to hundreds of penetration tests and millions of attacks every day. Cloudbric can help you block online threats, such as spammers, hackers, crawlers and more, so that your website receives only legitimate traffic. Find out more and get started today.