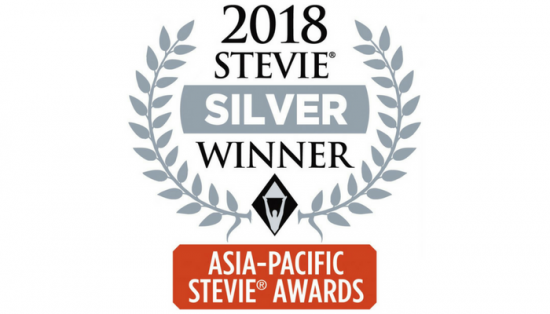 Cloudbric was named a Silver Stevie® Award winner for the category of Innovation in Technology Development at the fifth annual Asia-Pacific Stevie Awards.

Nicknamed the “Stevies” in reference to the Greek word for “crowned,” Stevie Awards are widely considered to be premier global business awards, conferring recognition for achievement through programs like The International Business Awards® for sixteen years. Since its conception in 2014, the Asia-Pacific Stevie Awards is the only business awards program to recognize innovation in the workplace in all 22 nations of the Asia-Pacific region.

For this year’s Asia-Pacific Stevie Awards, the Gold, Silver and Bronze nominations were judged for their excellence in achievements of various categories by more than one hundred executives around the world.

Awarded Silver place, Cloudbric was recognized for its achievements in innovative technology development in 2017. They specifically commended Cloudbric for offering free SSL services with features like automatic renewals so that users no don’t need to worry about certificate management. Cloudbric makes it possible for even those with little background knowledge in security to utilize its website security services with ease.