[Weekly Security News] The Works, the UK discount retailer store, forced to shut down after cyber-attack 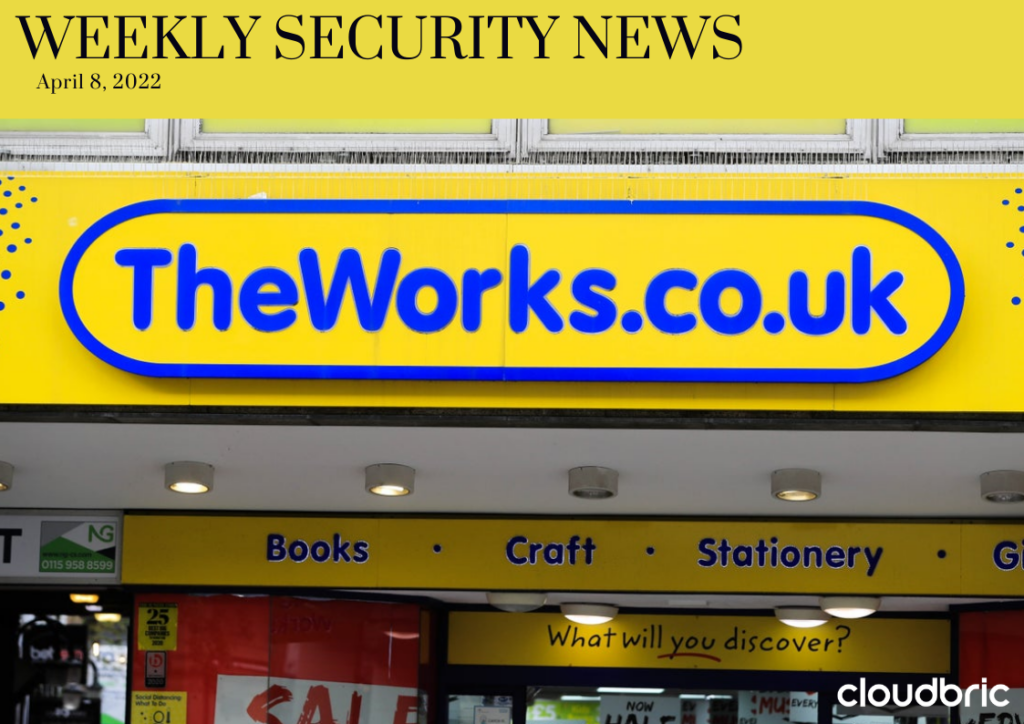 1. The Works, the UK discount retailer store, forced to shut down after cyber-attack

Amid a cyber attack of an undisclosed nature, ‘The Works’ physical stores have been forced to shut. More than 500 stores were closed, and online order delivery and resupply of stock were delayed to their customers.

To protect customers and businesses, the company mentioned in a statement that as a precaution it has blocked internal and external access to its computer systems, including e-mail, and its sensitive payment information data have not been compromised by the attacks.

The London-listed company, which celebrated its 40th-anniversary last year, stated it did not expect the cyber-attack would have a material adverse impact on its forecasts or financial position.

Nordex Group, a German wind turbine maker, stated that they were recently impacted by a cyber security incident and decided to close IT systems across multiple locations and business units.

The cyber-attack intrusion was noticed in an early stage as Nordex said and they immediately formed an incident response team of internal and external security professionals to prevent further propagation as a precautionary measure.

According to a White House cyber official, Private sector companies are increasingly asking the federal government for cyber threat intelligence to strengthen their defenses against growing online threats

The executives said the government should be less of a regulator and an important sector partner in their quest to prevent and respond to cyberattacks, and the focus should be on collaboration and information sharing between the government and the private sector.