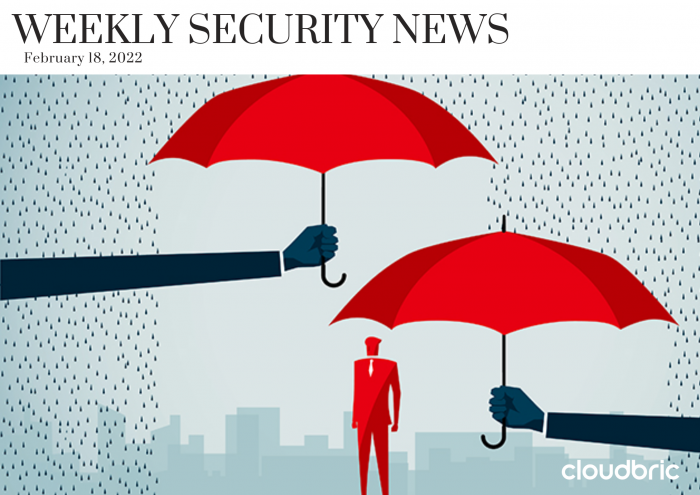 Umbrella company, Parasol has confirmed that some data had been copied and leaked online due to a cyber attack on its systems. An umbrella company employs contractors working on temporary assignments or contracts. It has at least 13,000 contractors.

The IT team of the umbrella company is investigating this incident as the top priority. the most recent statement from Optionis, Parasol’s parent company is that “we have been conducting an urgent investigation and we now believe that those responsible have released some information online that was extracted from our systems.”

As you might think after reading this news, a data breach could cause uncoverable damage to your company The cyberattacks do not target specific industries, it just targets where vulnerabilities are in your system.

Prevent this from happening with Cloudbric, The No.1 Web Application Firewall vendor in APAC. Learn more about Cloudbric here

The foreign office of the UK government was hacked and revealed the existence of the “serious cyber security incident”. However, the details of the cyber security incident cannot be disclosed. the attack they discovered was not only this massive data breach at the British Council but also identified 144,000 unencrypted files containing detailed information of hundreds of thousands of students which could be also hacked.

HMG stated that there is a huge gap between where government cyber resilience is now and where it needs to be. It infers that most companies and organizations do not put cybersecurity as a priority and once they get a cyberattack, it is too late to be as resilient as they wish to be.

According to a recent report from Wired, Most of North Korea’s internet was taken down by a single hacker. The person who claimed to have responsibility for this attack, P4x(alias) mentioned he conducted this attack from his home in the US while eating snacks and watching a movie in his pajama pants. he found unpatched vulnerabilities and use them to launch DDoS attacks on North Korean networks. The hacker plans to get into North Korean systems deeper to find more useful information. P4x is recruiting fellow cyber security experts for His project FUNK, which is short for “FU North Korea”.

The motivation for hacking North Korean systems started from the breach on Microsoft Windows and Google Chrome defense to target U.S security researchers.

As soon as the site started raising funds for the Canadian trucker convoy, the server went down by heavy DDoS and bot attacks. Yet, the connectivity issue could not stop the donations and ended up raising $1.35 million. A team of volunteers has transported jerry cans of fuel to the truckers and they built temporary shelters for fuel, food and water.