[Weekly Security News] How to prepare for a Russian cyberattack 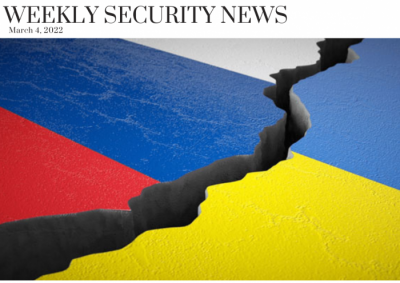 1. How to prepare for a Russian cyberattack

Last week,  Russian troops crossed the Ukrainian border and started what should not have happened. US and EU countries put sanctions on Russia. Before it happened, Russia started a cyberwar by hacking the Ukrainian government websites and banking systems. The awareness of the importance of cyber security to companies and governments organizations has expanded and what cyberattacks could cause is very fatal to all.

CISO of Drexel University, Pablo Molina said Organizations, Molina said, should hire cybersecurity experts to help them protect their client and employee information, as well as their websites and social network accounts to prevent them from being used to spread malware or misinformation.

2. UK joins US in pinning Ukraine DDoS attacks on Russia

As the situation between Russia and Ukraine has been escalating into a war, many countries put sanctions on Russia. Before the war occurs, Ukraine got the DDoS attacks, which rendered the website of Ukraine’s Ministry of Defence inaccessible for a time and also hit at least two banks and a web hosting firm at the same time.

The attackers likely used standard DDoS-capable botnets to carry out the attacks, said Netscout, with nodes located in New Zealand, Portugal, Russia, the UK, the US, and even from within Ukraine itself.

Administrators who oversee Microsoft SQL Server databases are being warned to lock down those servers. the threat actors use brute force or dictionary attacks to crack administrator passwords. The top three countries whose internet users suffered data breaches in 2020 were the United Kingdom, the United States and Canada. Roughly 3,400 internet users per million were hacked in the U.K., 1,724 per million in the U.S. and 163 per million in Canada. Belgium, Australia, South Africa and France were the next on the list.

The most frightening thing is when a data breach occurs, you might not even know if the data got leaked or not later. The best way to prevent this type of cyber incident is to have reliable cybersecurity measures. Find out the most advanced Web Application Firewall with A.I & logic-based engine