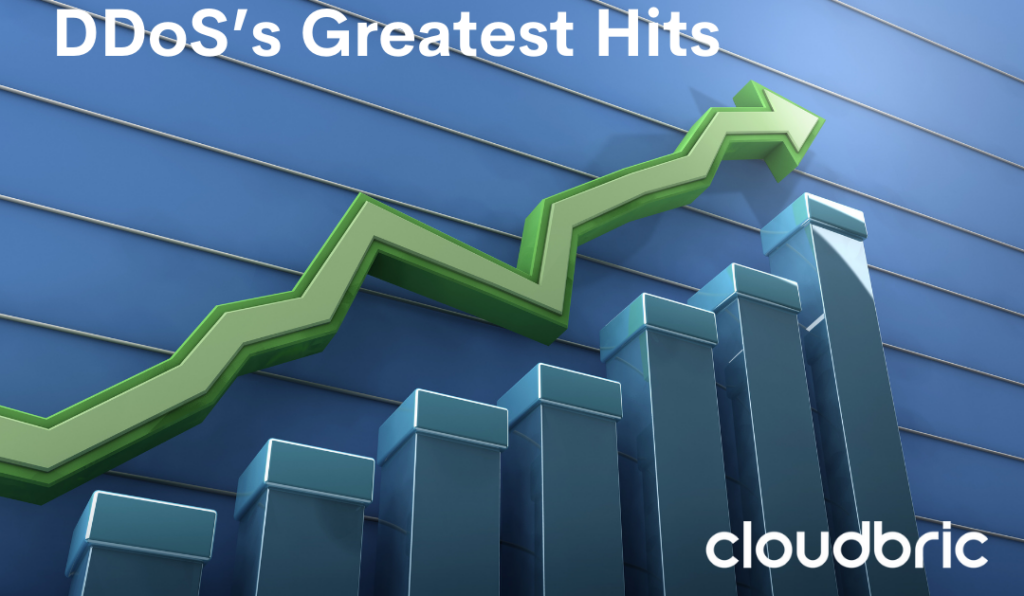 DDoS attacks may be as old as the internet, but like all classics, they never go out of style. In fact, 2021 saw a massive upsurge in DDoS attacks, particularly so-called “ransom” DDoS that targeted major corporations, government organizations, and critical infrastructure around the world. According to one report, ransom DDoS attacks increased by almost a third between 2020 and 2021 and jumped by 175% in Q4 of 2021.

Don’t think you’re safe because you’re not Google, Amazon, or Facebook. All businesses get hit by DDoS attacks all the time.
And with no further ado, let’s take a look at some of the most notorious DDoS attacks in history.

Against the growing threat of DDoS attacks, Cloudbric offers a solution.
DDoS attacks are growing more sophisticated and complex every year, major attacks will continue to take place in the future. It is no exaggeration to say that all businesses have the possibility to be hit by DDoS attacks. Against fatal attacks, thorough preparation is the best way in protecting your business. Cloudbric offers an Advanced DDoS (ADDoS) service.

Cloudbric ADDoS leverages decentralized edge locations closest to the client, rather than the centralized cloud infrastructure, to provide a more effective, efficient defense against the newest DDoS attack patterns. With the fastest response time and affordable costs, Cloudbric ADDoS is the optimal choice against organized DDoS attacks.

By processing huge volumes of traffic, Cloudbric ADDoS mitigates and resolves large and complex DDoS attacks. Mitigated attacks prior to reaching the application, the solution minimizes the impact on the web services.
Cloudbric ADDoS responds to a full range of DDoS attacks, from frequent DDoS attacks to multi-vector attacks and application attacks.

An advanced DDoS Protection is crucial for maintaining a steady flow of your business and protecting yourself.
To sum it all up, cyberattacks can happen to anyone and everyone, therefore it would be best to protect your business before it’s too late. Cloudbric’s Advanced DDoS (ADDoS) protection keeps businesses secure against a full range of critical security threats. To learn more about how Cloudbric can help against DDoS attacks, contact the Cloudbric team or visit our website!